After having visited the Palace and Park of Pena, your legs are likely to be done. Even if you arrived at the top of the mountain in a car, visiting these two attractions entails a lot of walking. And then you’ll look at the Castelo dos Mouros, at the end of yet another long path, with towers reaching into the sky, and the steps. All of those steps! On one hand: nope, forget it. On the other hand: you’re already here. So you might as well. 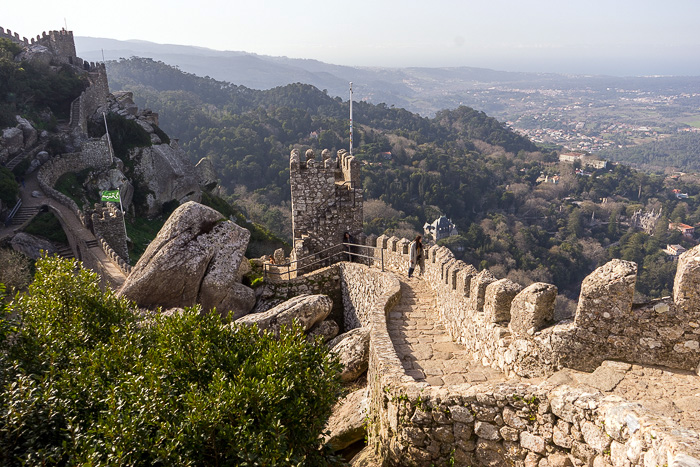 It was with an attitude closer to dejection than excitement that we visited the Castelo dos Mouros. Sintra was beginning to wear us out, and it was only our second day! The castle, of course, bears none of the blame, so we tried to rise above our petulance, and give it the attention it deserves.

This castle was originally built by the Moors, waaaaay back in the 10th century. My poor little American brain, with its precious definition of “historic”, simply can’t comprehend such age. I’ll see some log cabin in Kentucky that was built in 1872, and be like, “Whoa!” So what am I supposed to do with a structure that’s from 900-something? Confronted with a three-digit year, my mind goes into self-preservation mode. You can continue talking, and I’m like, “Oh yes, that was in 924, mmm-hmm.” But I’m not listening to a word.

Of course, most of what you see today at the castle dates from much later than the time of the Moors. It was largely rebuilt in the 19th century, after the royal family had purchased the land. The walls and towers are all “new”, but the general structure of the place remains unchanged. And you can see Moorish elements in on-site excavations, as well as in an interpretive center at the park. 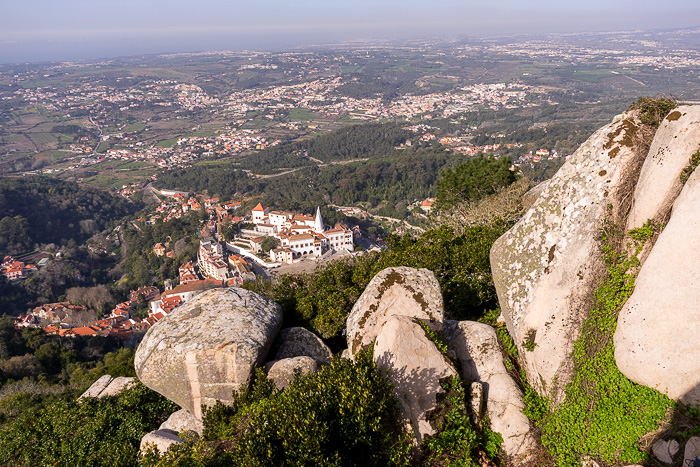 Besides climbing the ramparts for amazing views over Sintra and the Atlantic, and then climbing up other ramparts for other amazing views over the Palácio de Pena, there isn’t a lot to do within the castle itself. This was more a military bastion, and it doesn’t have any rooms or buildings to explore. That was fine by us, though, and we used the extra time to grab a drink at the cafe.

I’d say that visiting the Castelo dos Mouros is worthwhile if you’re feeling fit enough, and you’re either a fan of ancient (3-digit) history, or just can’t get enough views over Sintra. But if you take a pass on this one, you won’t be missing too much. 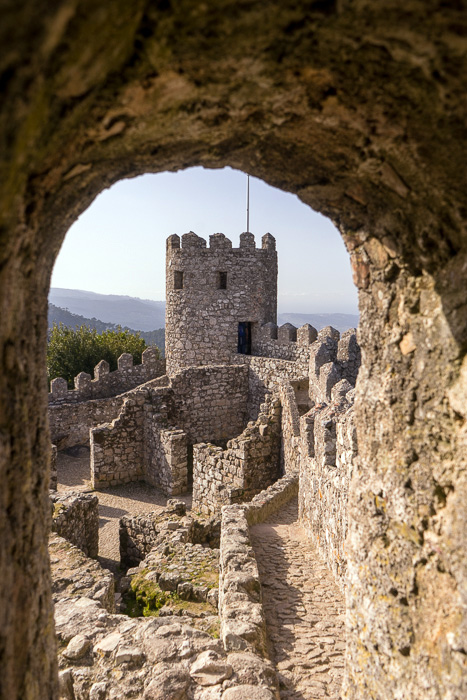 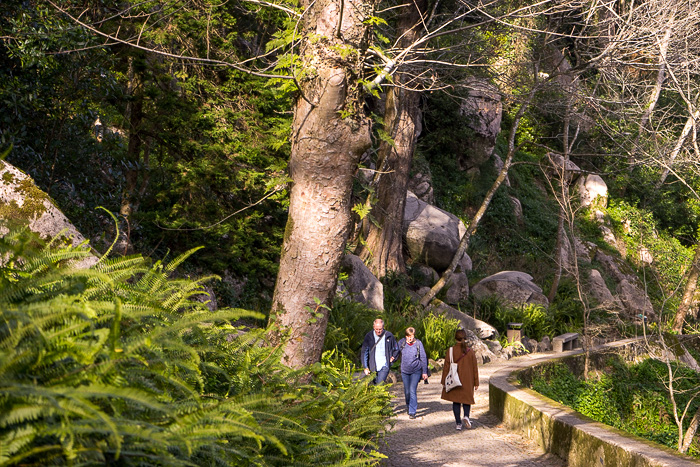 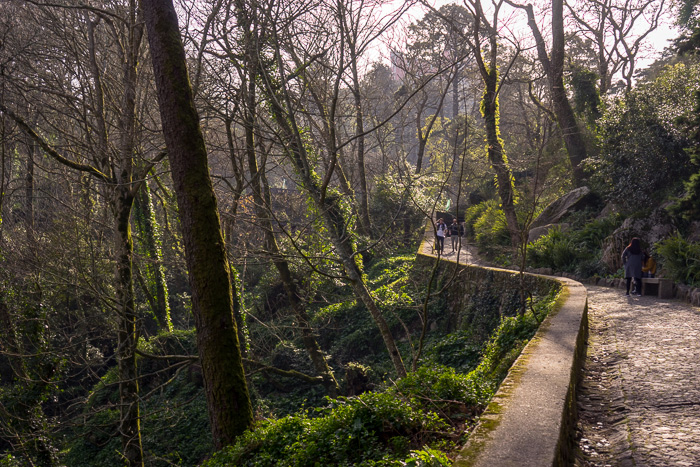 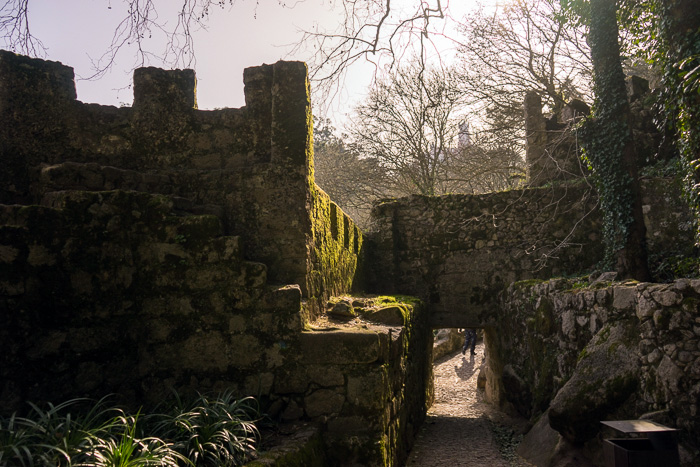 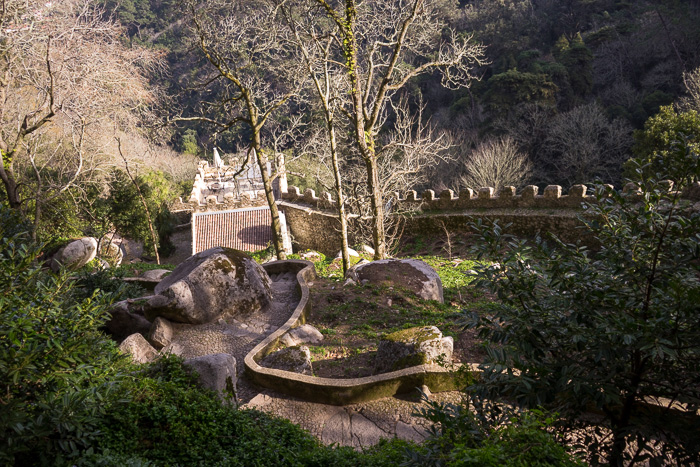 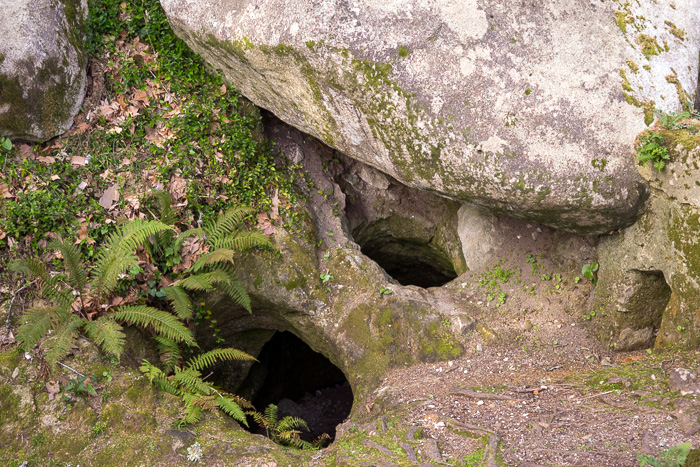 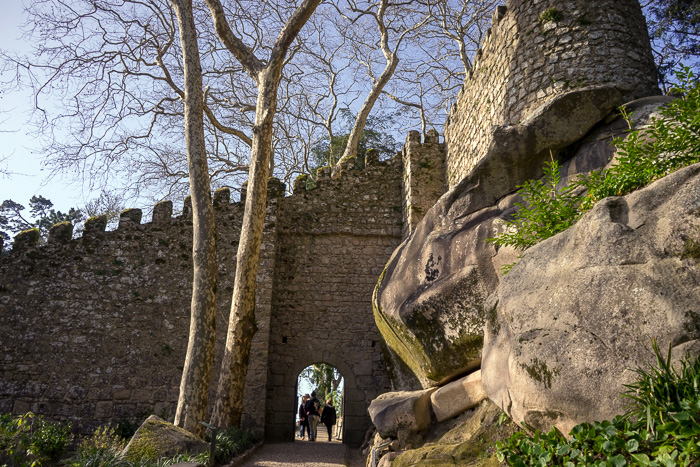 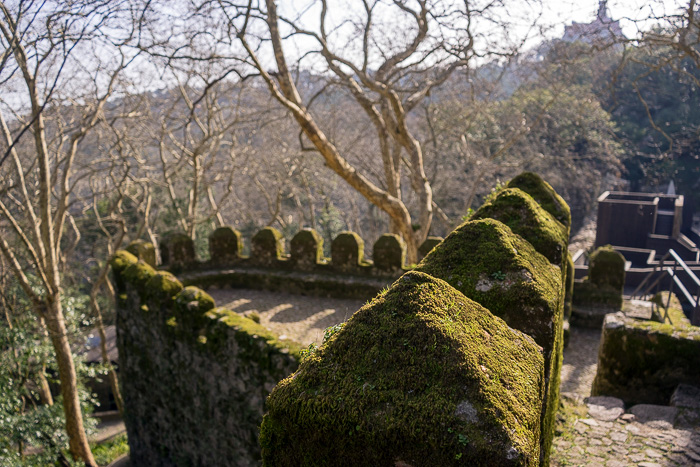 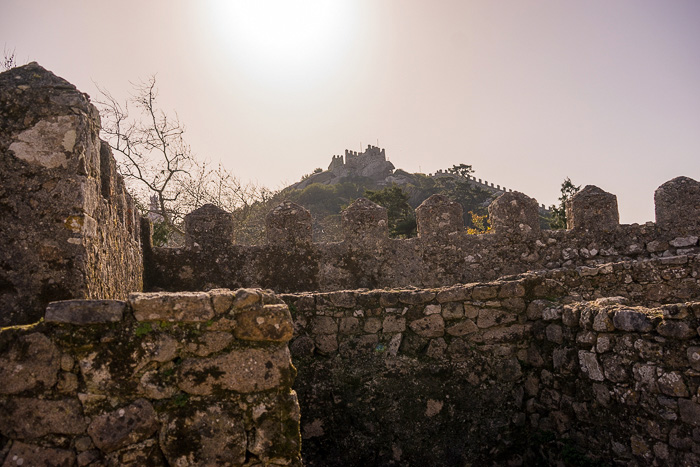 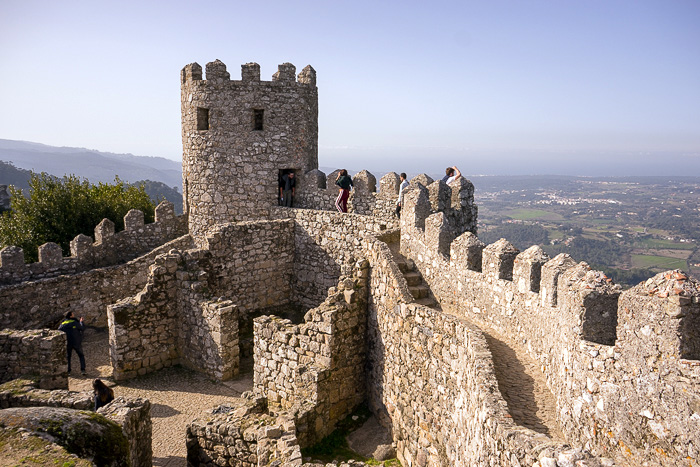 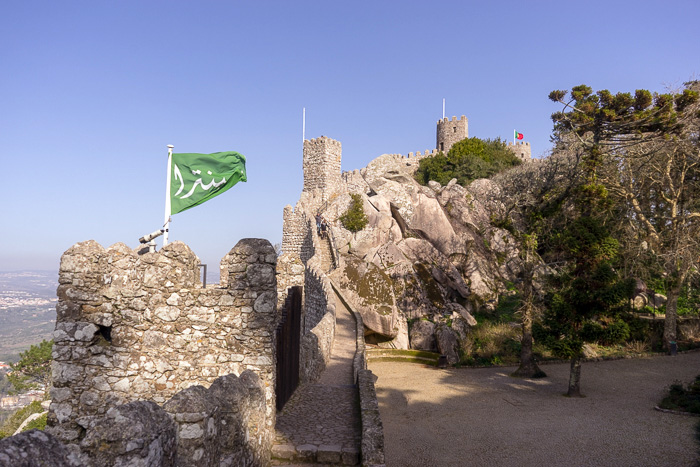 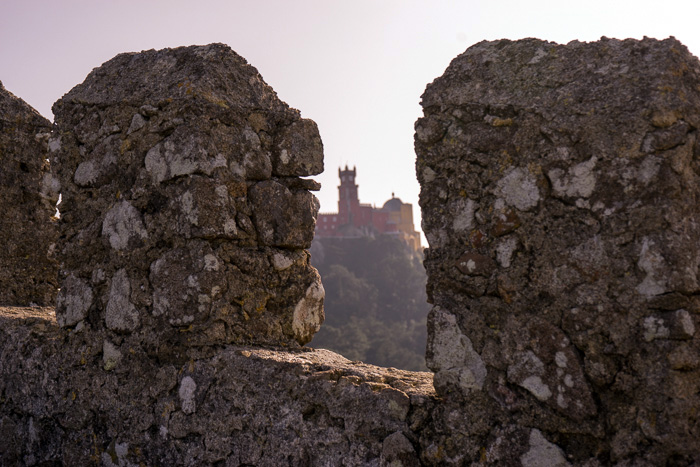 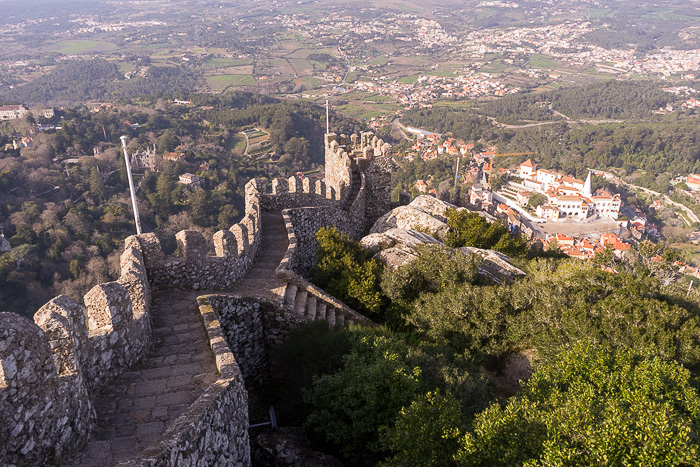 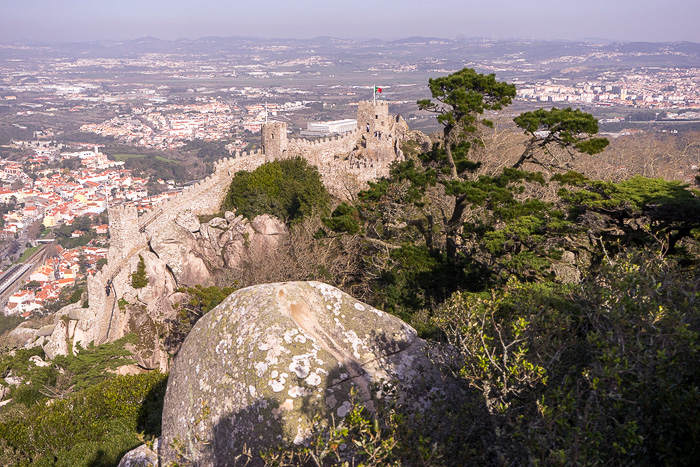 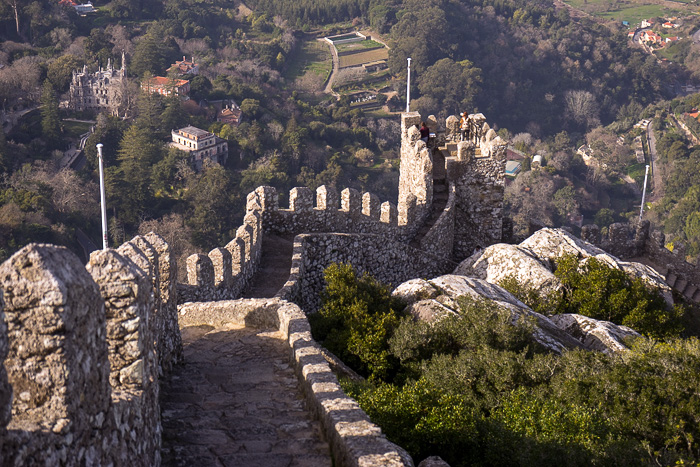 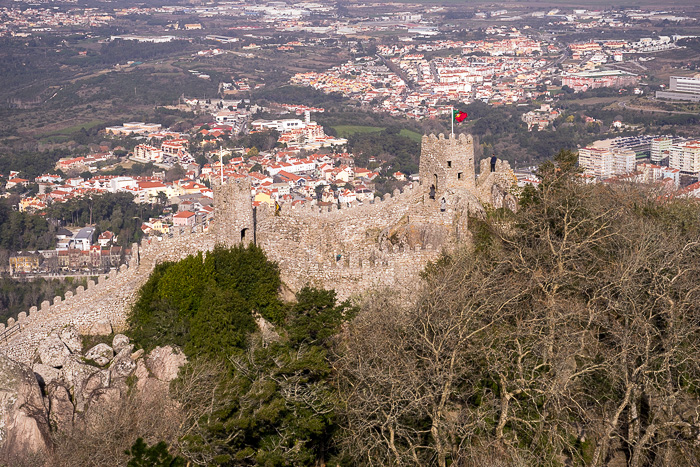 The Beaches of Trafaria