There can’t be many visitors to Portugal who don’t at least once gorge themselves on a pastel de nata, the small, flaky, buttery custard pie found in every bakery in the land. To watch them be made, we visited the famous Pastéis de Belém, which has been cranking out the treats since 1837. 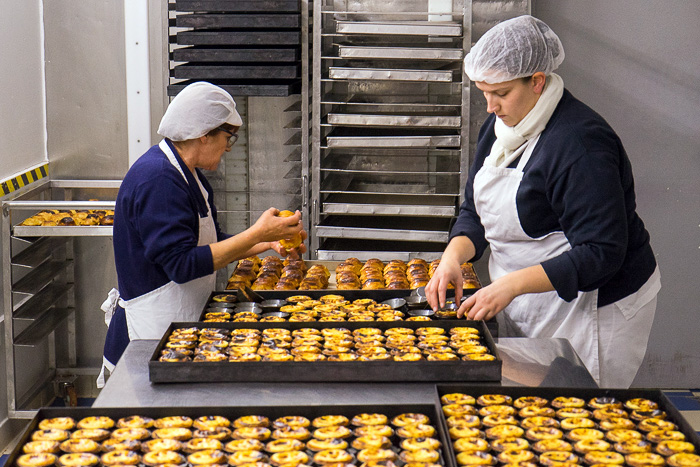 The line at the Pastéis de Belém can usually be seen from far off, stretching out the door and halfway down the block. Luckily, it moves fast, since everyone is there for just one thing: the Pastel de Nata. Although it seems unbelievable that the city’s most touristy bakery might also be the best, that might just be true in this case. These were the best pastels we had in Lisbon, and we had a lot. Always fresh out of the oven, perfectly flaky, and ridiculously delicious, these custard pies here never disappoint.

But today, we weren’t interested in pigging out. (Rather, that wasn’t the only thing we were interested in.) We had arranged a behind-the-scenes visit to see how the pastels are made. One of the family proprietors met us at the entrance, and invited us into the back rooms. After getting dressed in plastic scrubs and hairnets, we went into the kitchen. May the drooling commence!

The pastels are simple, and I wasn’t shocked to discover that there’s no great secret in their fabrication. Just a lot of butter. Teams of workers stretch, cut and form the dough, then fill it with custard, before sticking it into the oven. But it was fun to watch the men and women work with the mechanical efficiency that comes with years of doing the same task. In the end, it’s probably a good thing that there wasn’t some weird “surprise” trick. Turns out that custard pies are just custard pies. 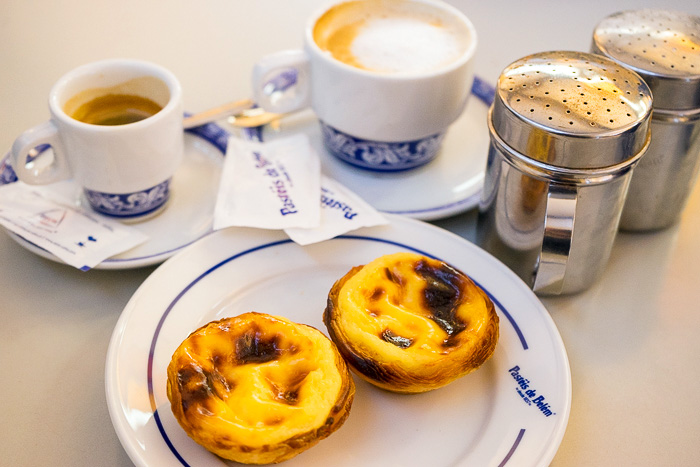 The only real secret of the Pastéis de Belém is the exact recipe for the custard, which is known only to a few people. It’s hard to say whether the custard really tastes that much different from the custard of other bakeries… to find out, I guess we’ll have to arrange a comprehensive taste test. I will, of course, volunteer myself be the judge. 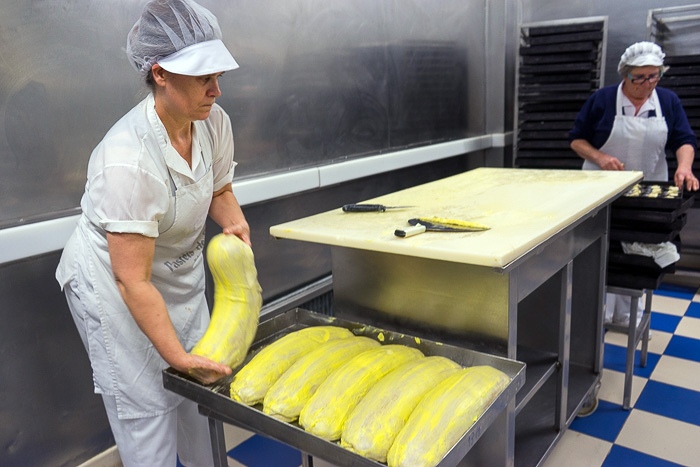 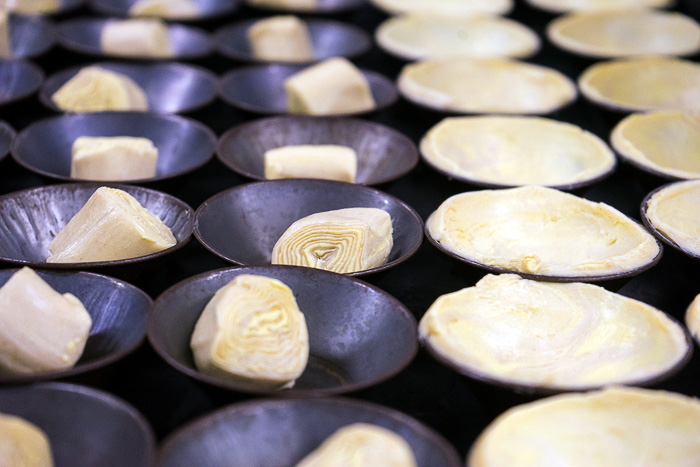 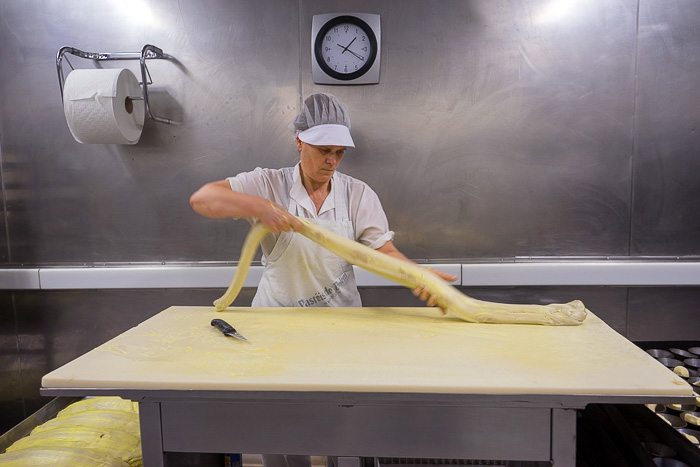 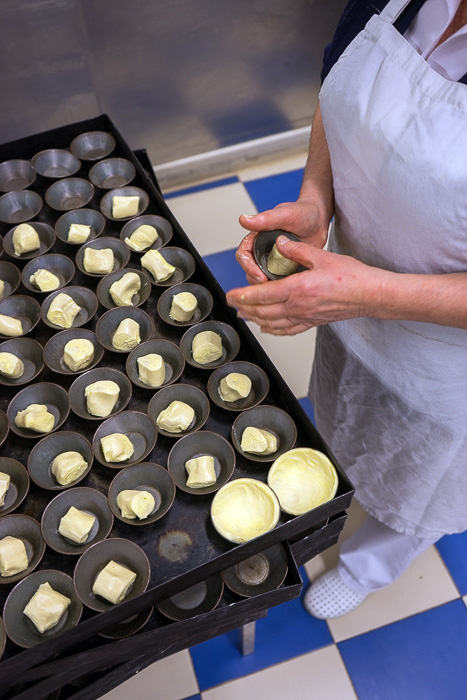 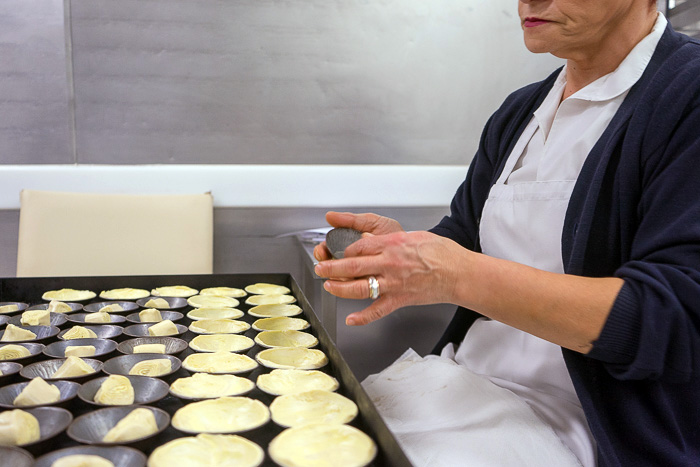 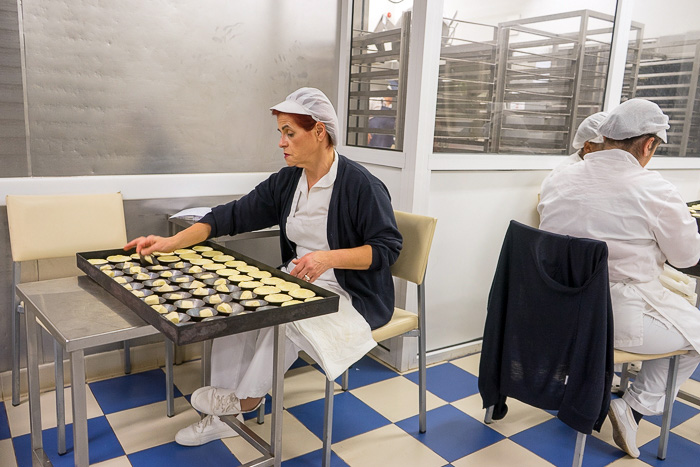 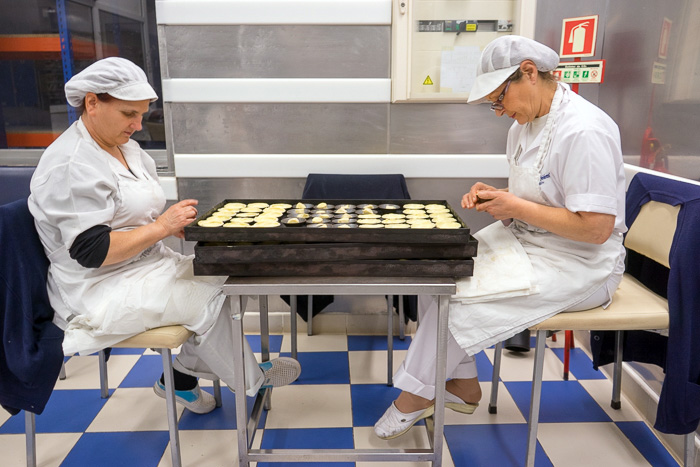 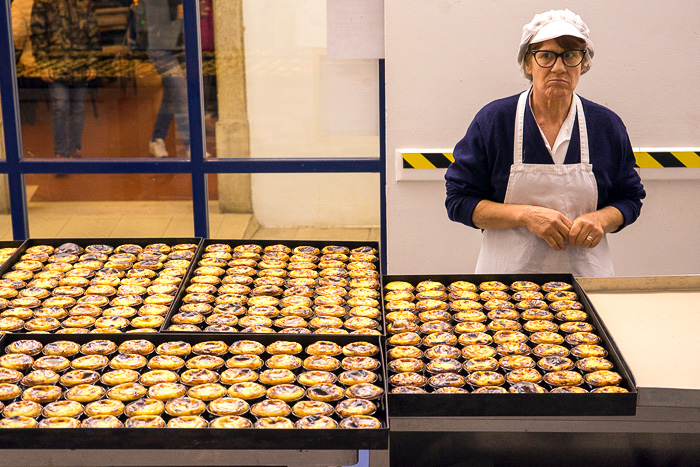 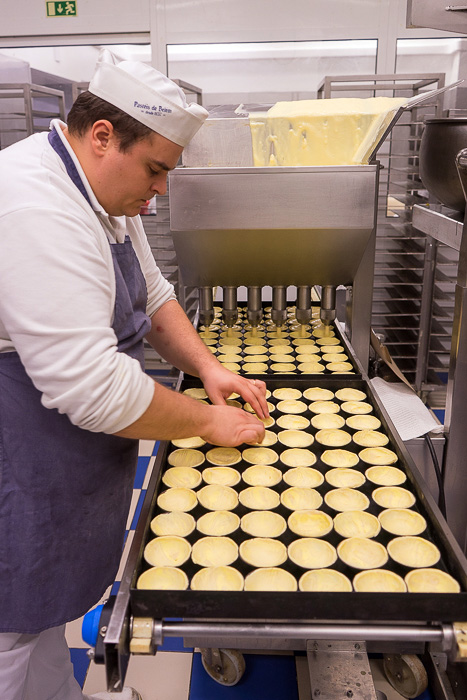 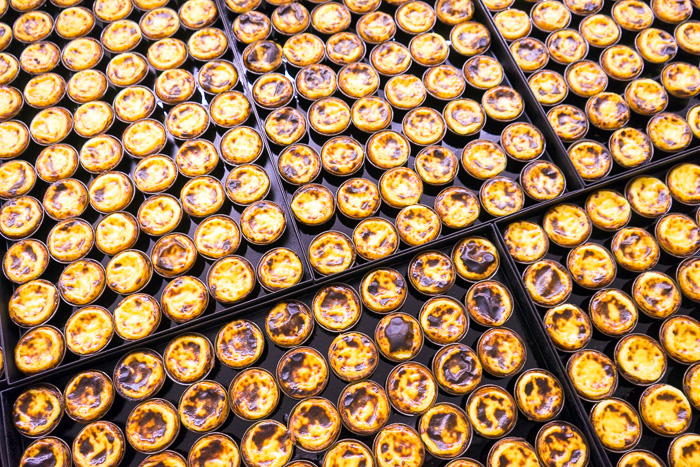 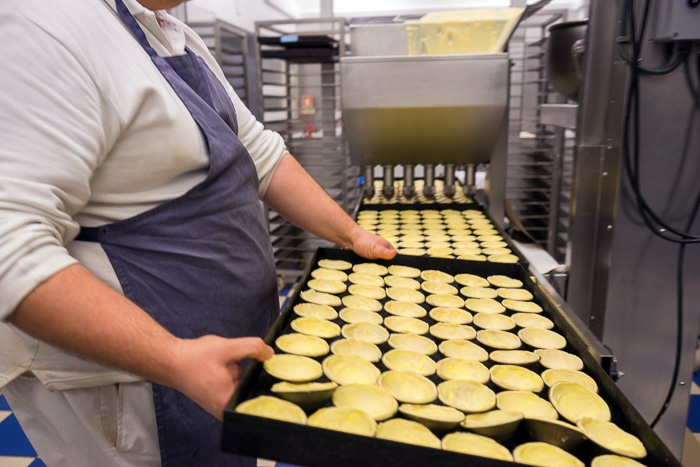 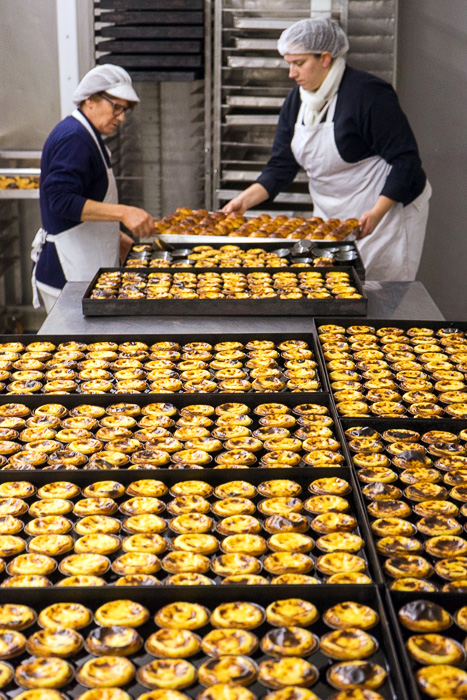 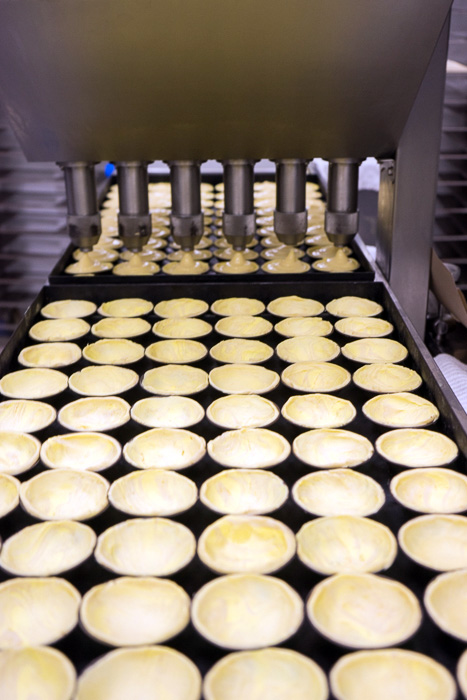 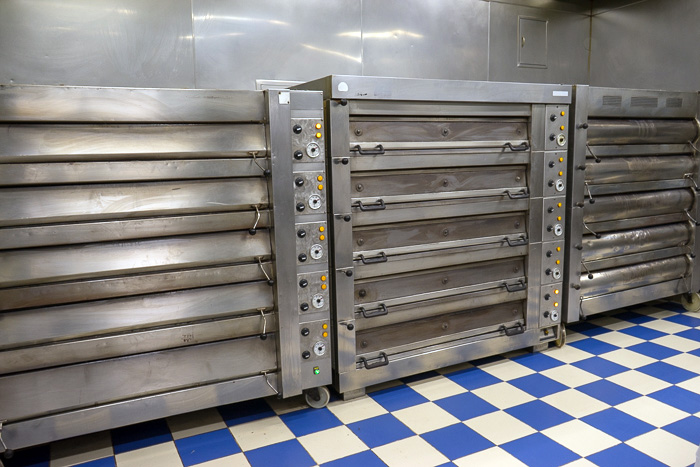 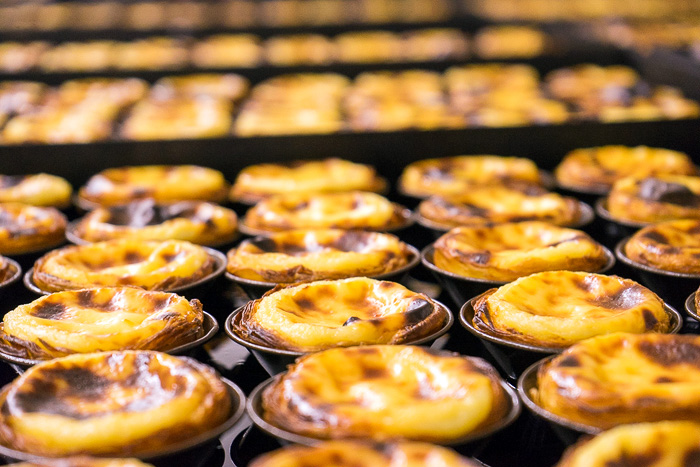 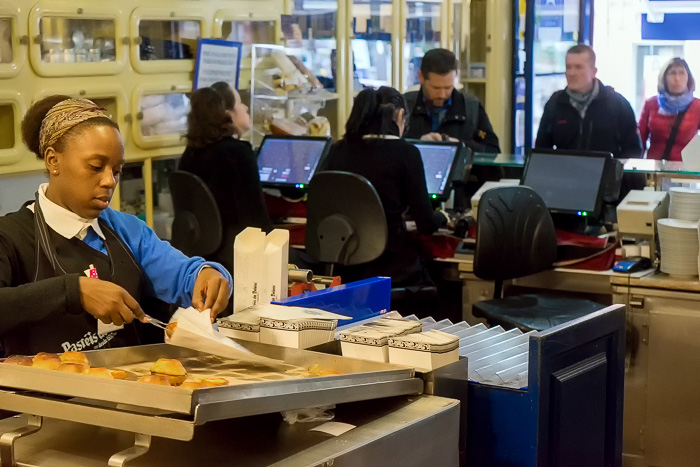