Just around the corner from the Miradouro de São António is the Igreja de São Roque. You’d never guess from its plain facade, but this is considered to be among the city’s most beautiful churches. Next to the church, in a former Jesuit residence, is a small but excellent museum of religious artifacts. 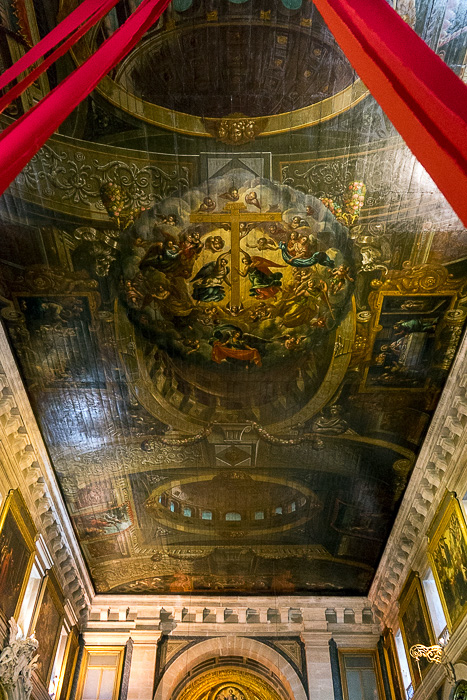 The São Roque dates from the beginning of the 16th century, when Lisbon was at the mercy of the plague. Because the veneration of Saint Roch was believed to stave off the illness, King Manuel I petitioned the Republic of Venice for one of his relics. It arrived by ship, and would become the centerpiece of a small shrine and plague cemetery. When the Jesuits arrived in Lisbon a few decades later, they selected this spot as their living quarters, converting Saint Roch’s shrine into a church.

The church is truly stunning. It’s not large, but each of its eight chapels is a feast for the eyes. The very first on the right-hand side, to Our Lady of the Doctrine, is a marvel of gilded woodwork, while the last on the left, dedicated to Saint John the Baptist, is executed in gorgeous green marble, alabaster and agate. This chapel was constructed in Rome, and then shipped piece by piece to Lisbon.

Another highlight of the church is its ceiling, which is covered in a tremendous painting by the Spanish master Francisco Venegas. The work can be hard to appreciate in the darkened church, but once your eyes have adjusted, you can see that within this single painting are several other smaller paintings, along with the illusion of a dome and a vaulted ceiling. 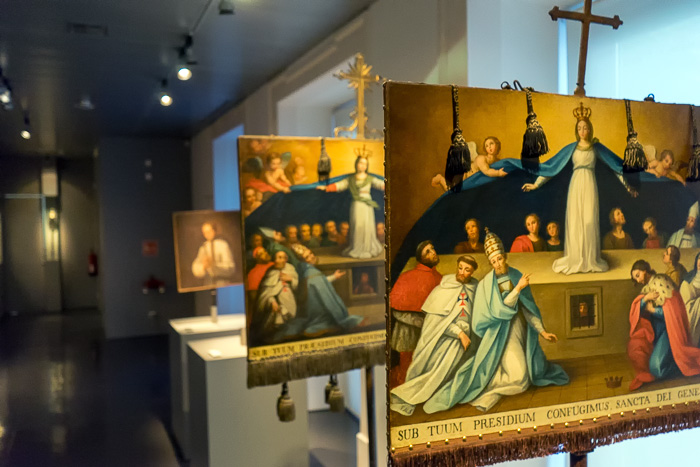 After finishing in the church, we moved on to the museum. Generally, we don’t get excited about church museums, because we’re simply not interested in religious vestments, golden monstrances and the like. But this one proved to be an exception. There was just the right amount to see, and it was all nicely presented, with good lighting and concise, interesting information. 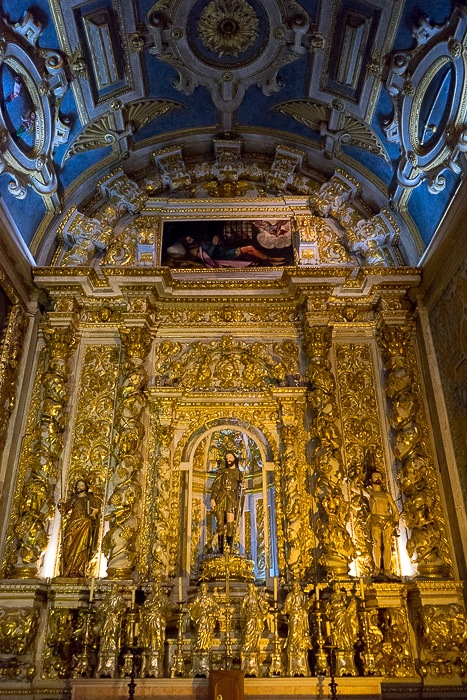 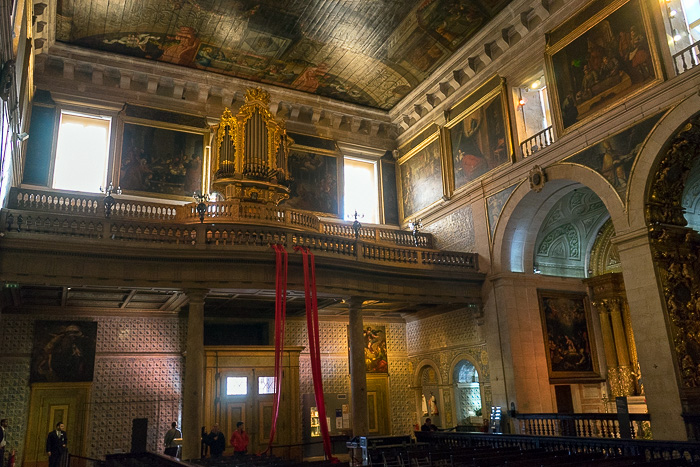 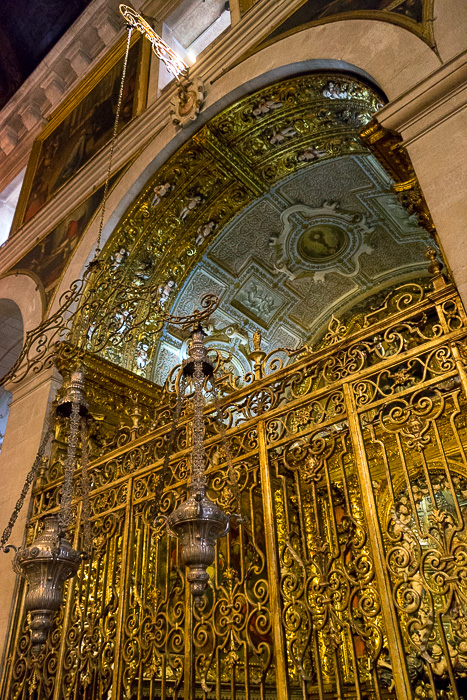 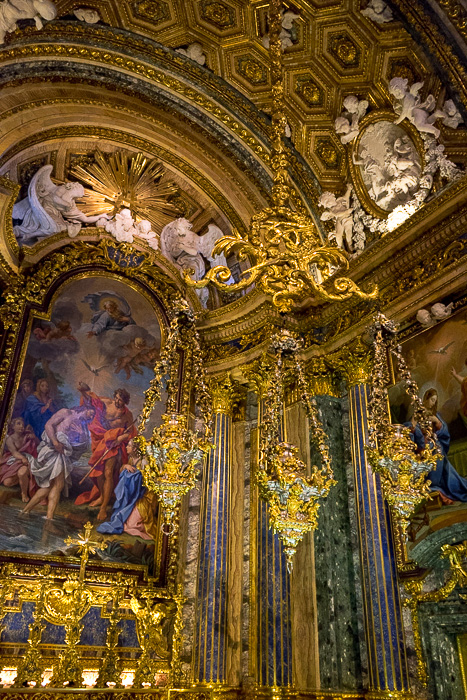 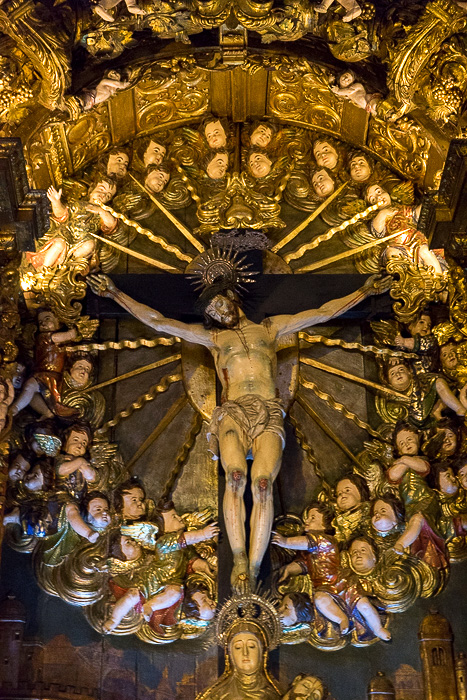 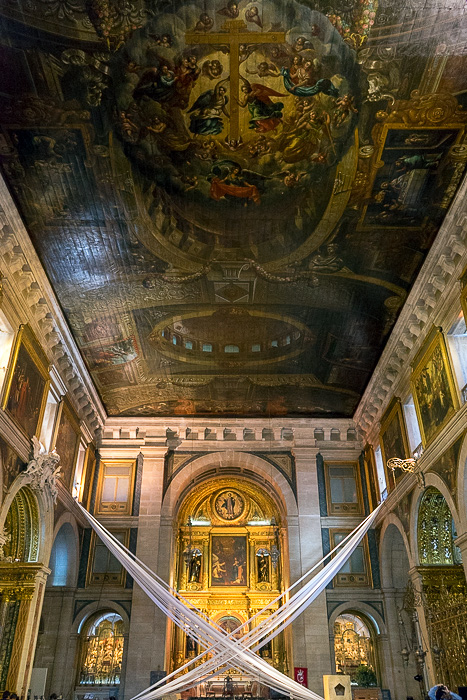 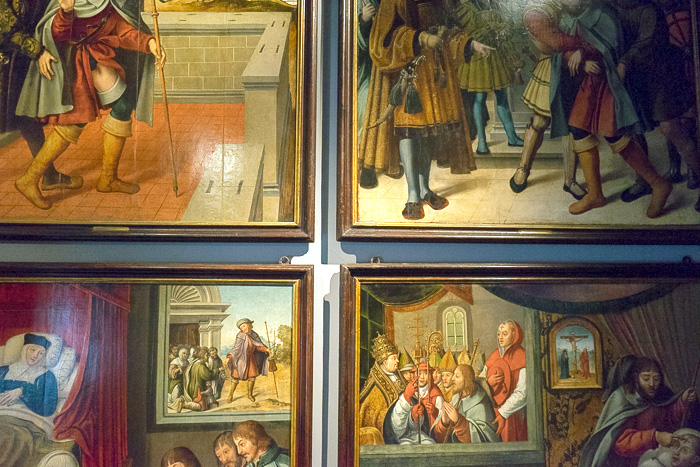 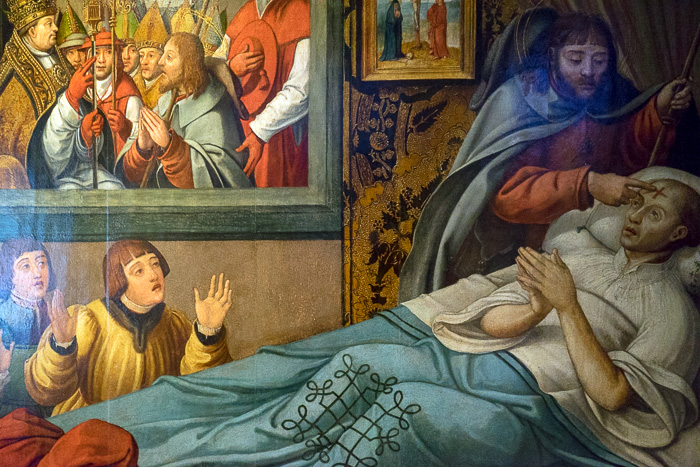 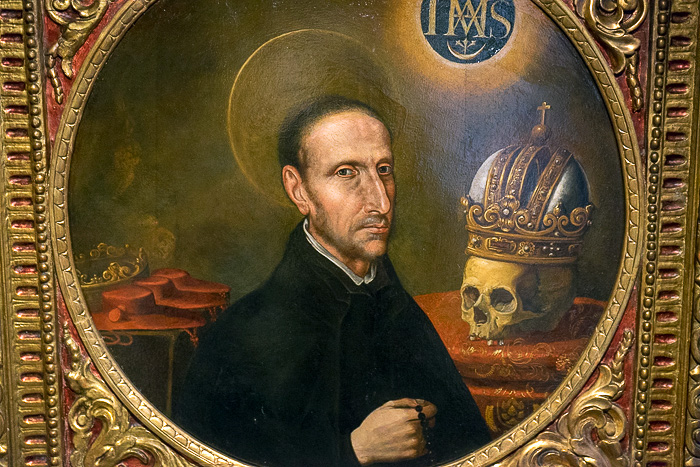 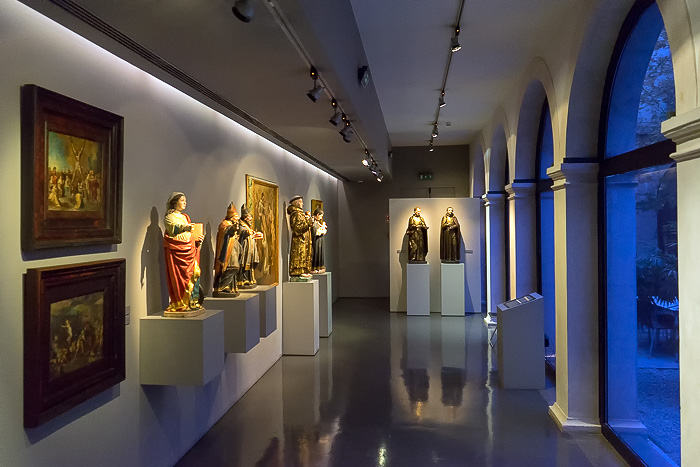 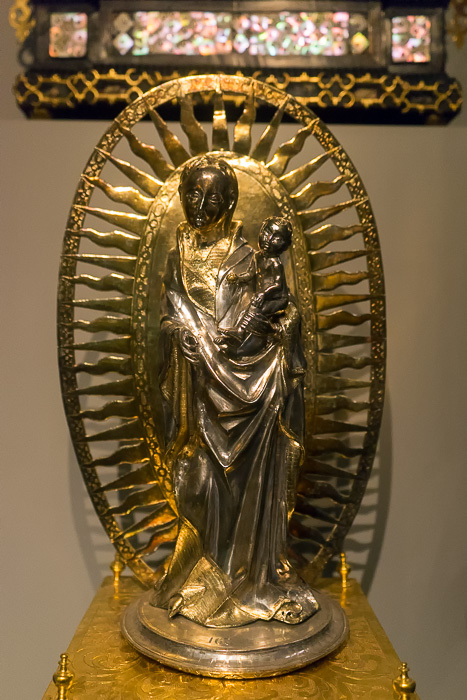 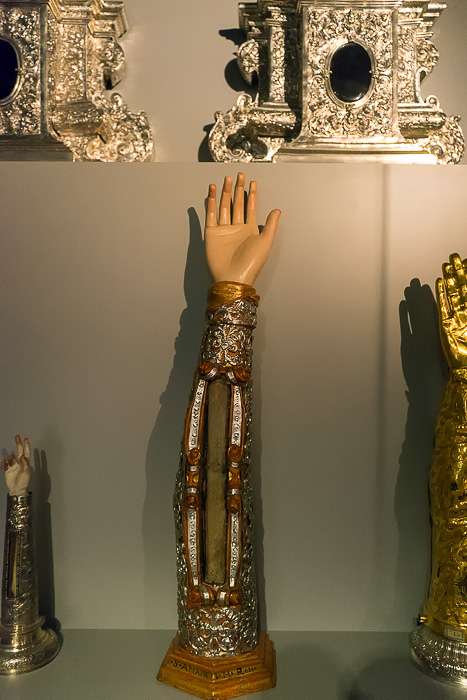 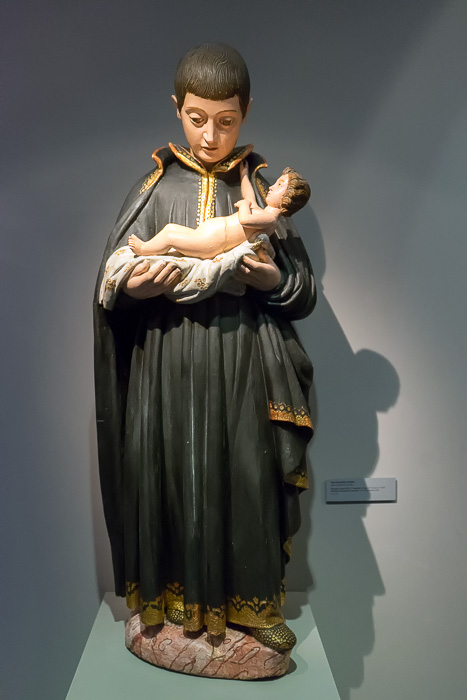 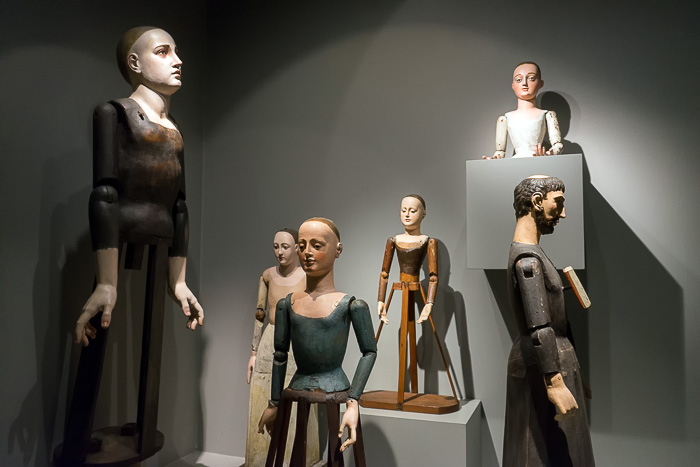 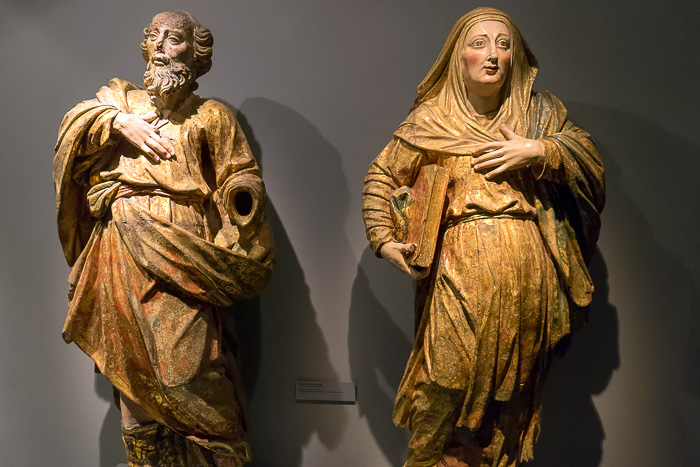 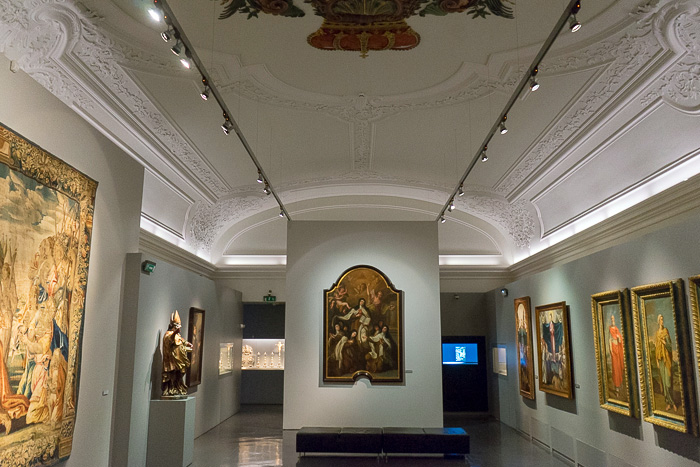 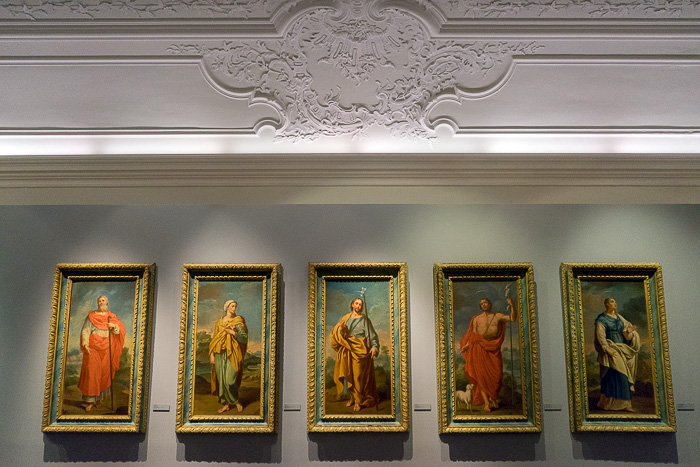 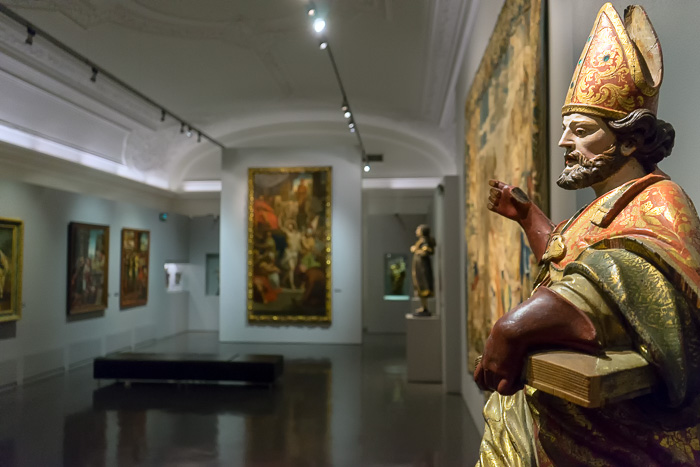 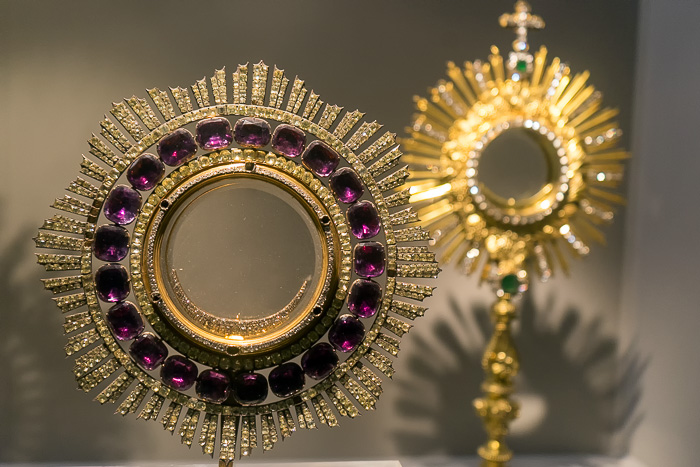 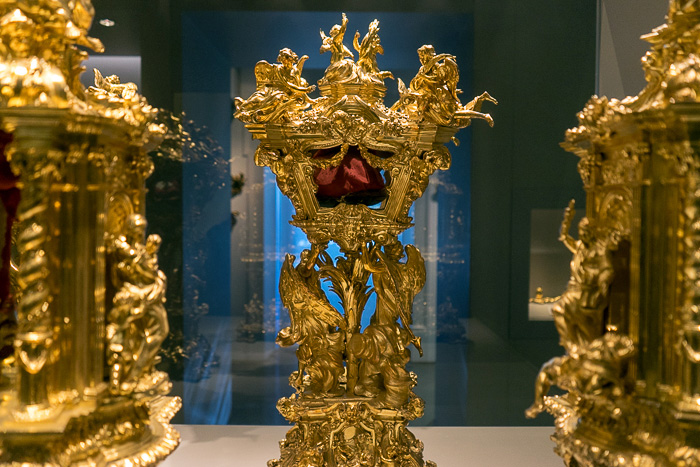 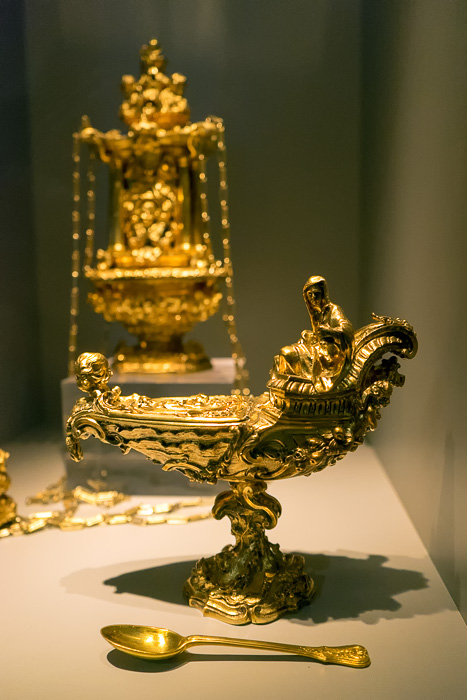 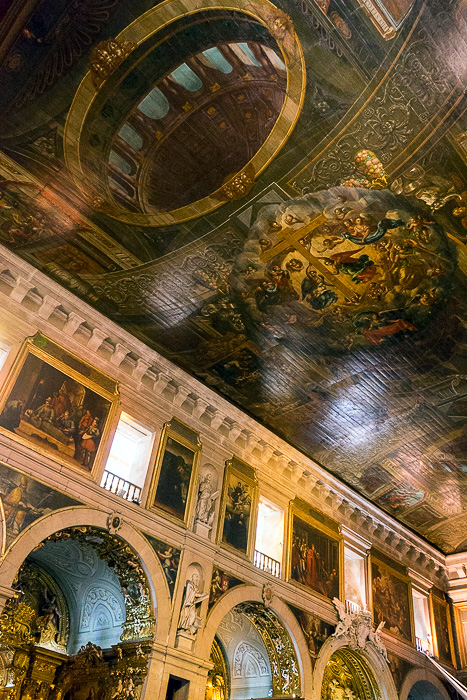 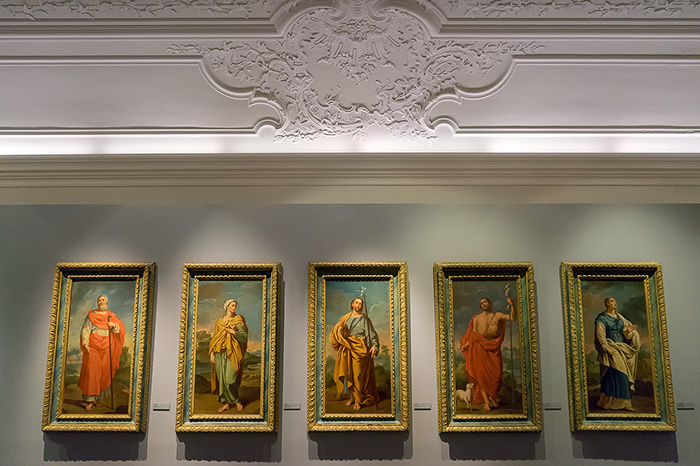 The National Palace of Queluz