Sloping upward from the roundabout of Marquis de Pombal, the Parque de Eduardo VII is a weirdly attractive green space in Lisbon. It’s simply a long hill in the shape of a rectangle, nothing outwardly special about it. But in this city, it’s all about the views, and from the top of the park is one of the best. 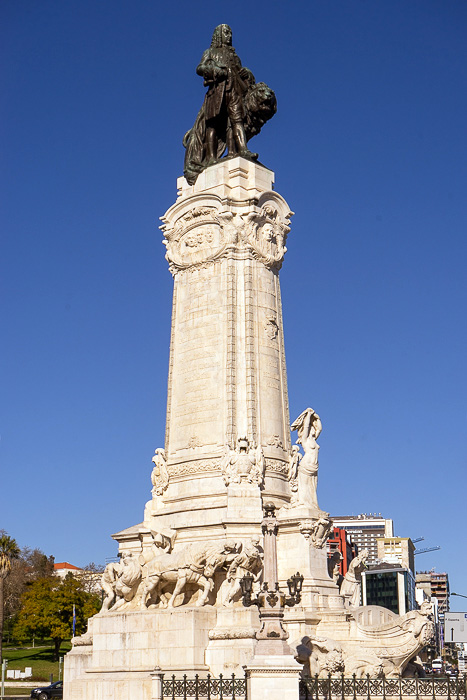 We’ve talked about the Marquis de Pombal before. A pivotal figure in the city’s history, he was responsible for the rebuilding of Lisbon after the 1755 earthquake. He also instituted a wide range of modernizing reforms, which are inscribed on the side of the statue: he expelled religious orders, ended the worst practices of the Inquisition, created secular schools, abolished slavery, and implemented wide-ranging economic policies that re-established Portugal as a European powerhouse.

It’s no surprise that the statue of this minister is even more grand than that of the monarch under whom he served, King João I (found in the Praça de Comércio). Today, Pombal has a privileged place atop a column in the middle of Lisbon’s busiest roundabout, and the chance to better admire his statue is worth the hazardous crossing into the center.

The park which extends behind the roundabout is named in honor of Eduardo VII — not a Portuguese monarch, but an English one. In honor of King Edward VII’s state visit to Portugal in 1902, Lisbon named one of its largest central parks after him. Seems a little overwrought, to me, but Portugal has always had a strong admiration for the Brits. 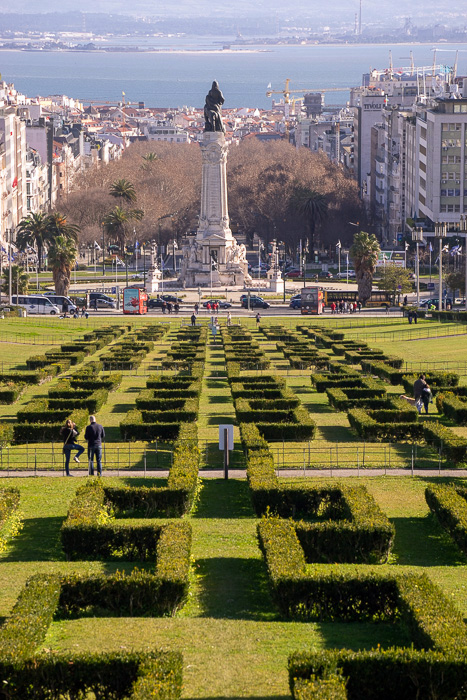 We were far more impressed by this park than we had expected to be. It’s not especially pretty… certainly not ugly, but seeing it from afar, you wouldn’t think much of it. It’s not until you’ve walked up the slope and turned around, that you’ll realize why it’s so popular. The view of Lisbon is one of the most beautiful to be had, with the city extending gently down until hitting the Tagus. 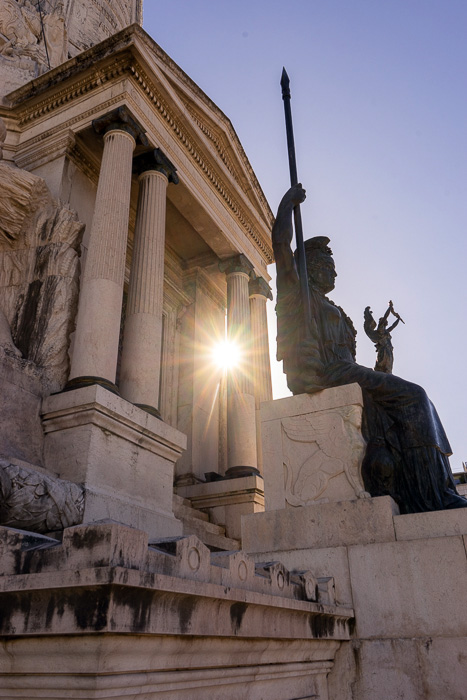 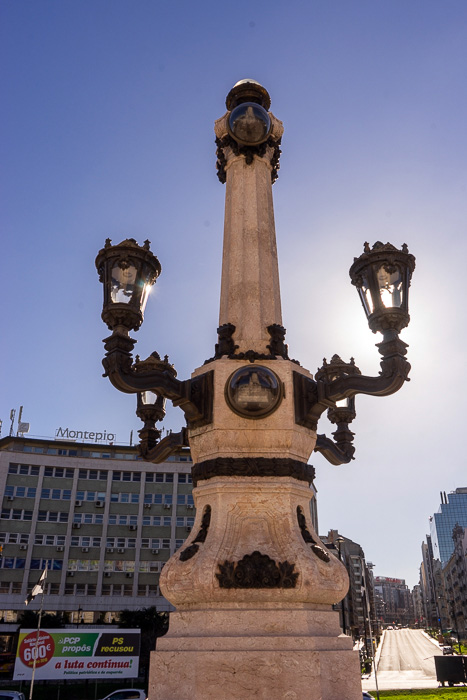 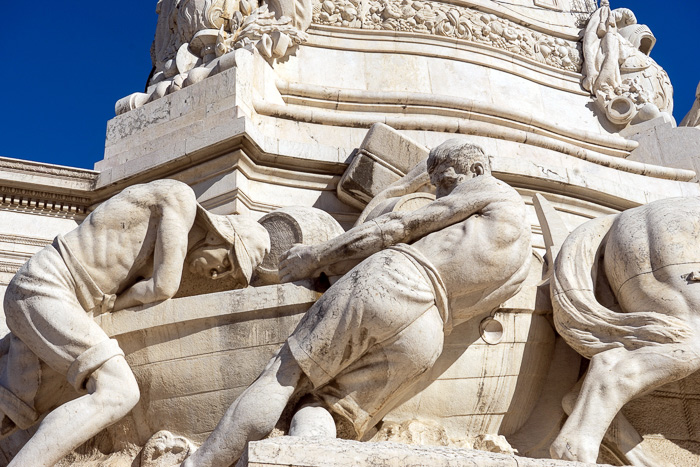 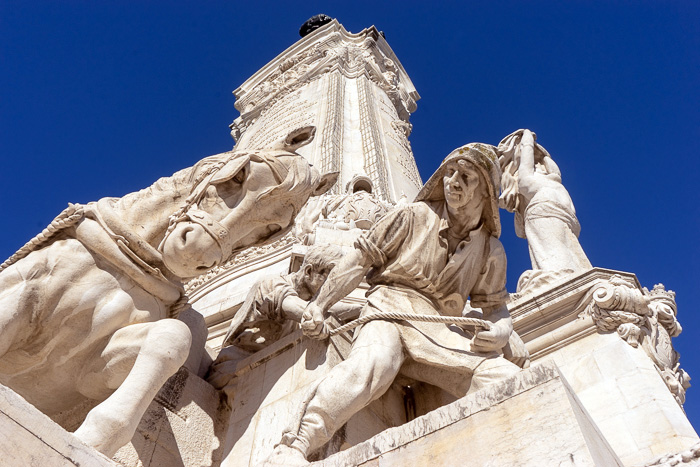 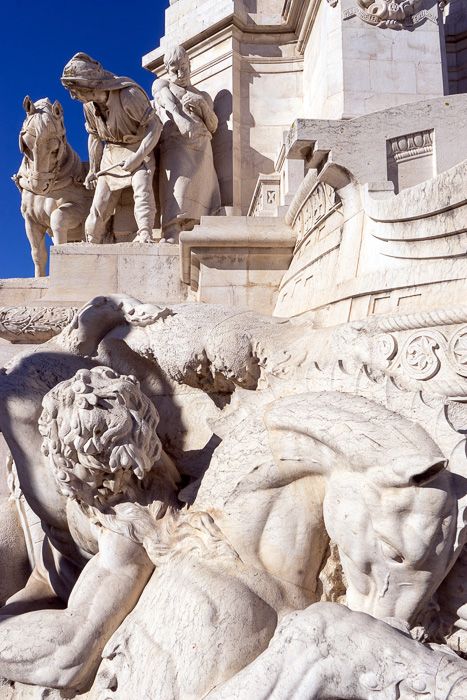 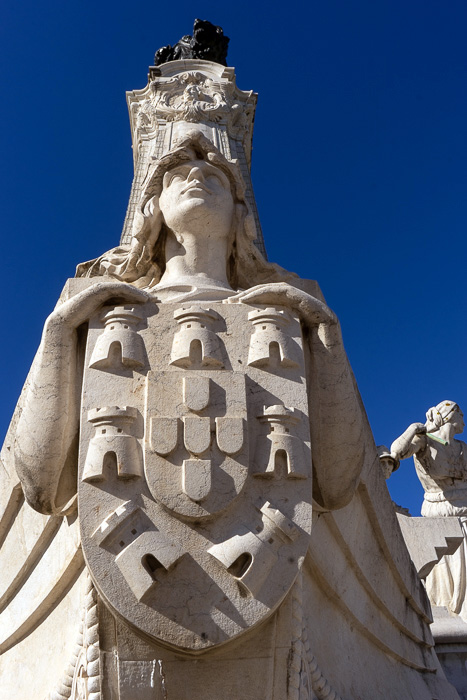 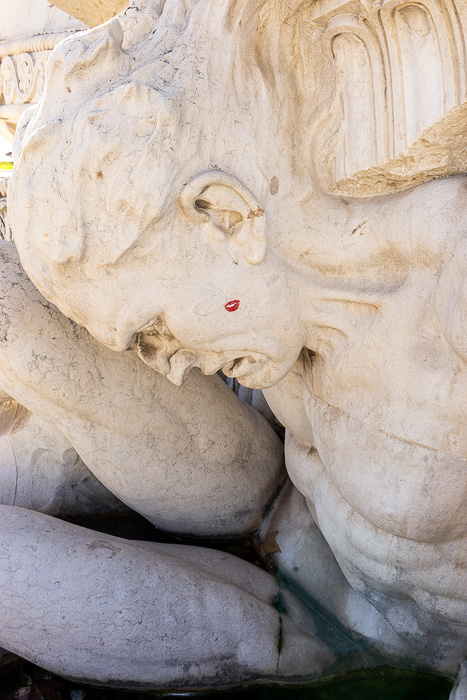 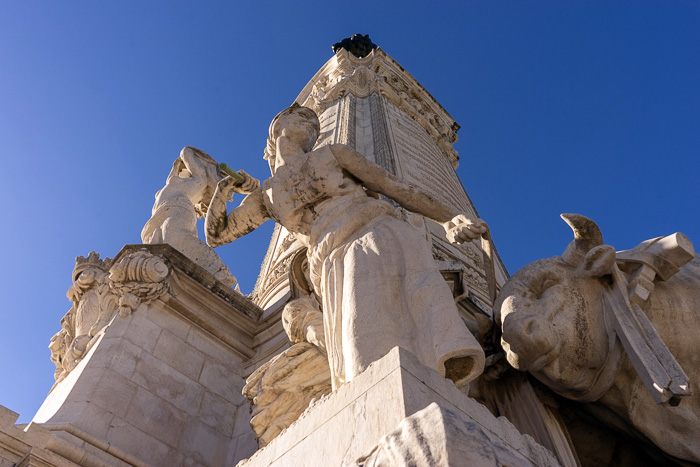 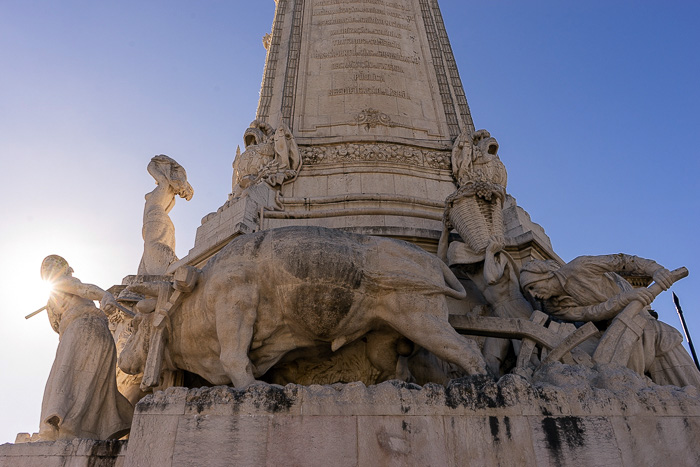 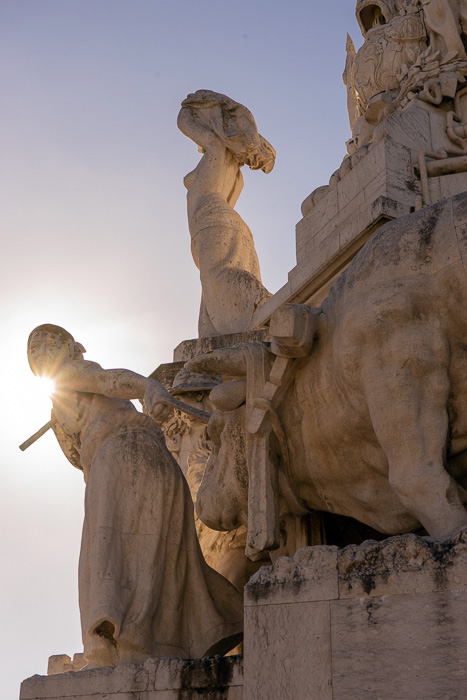 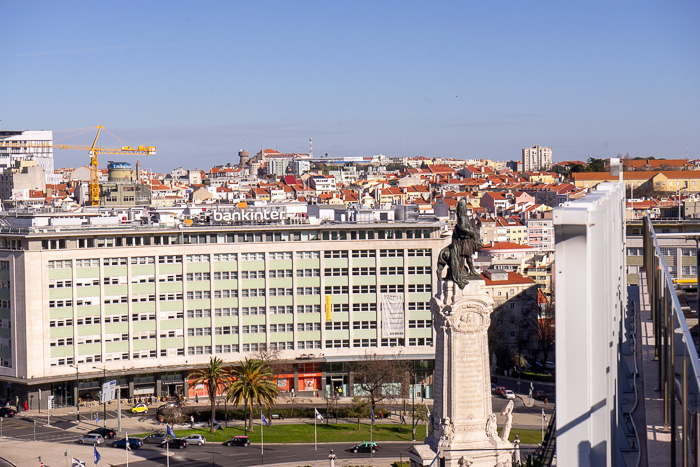 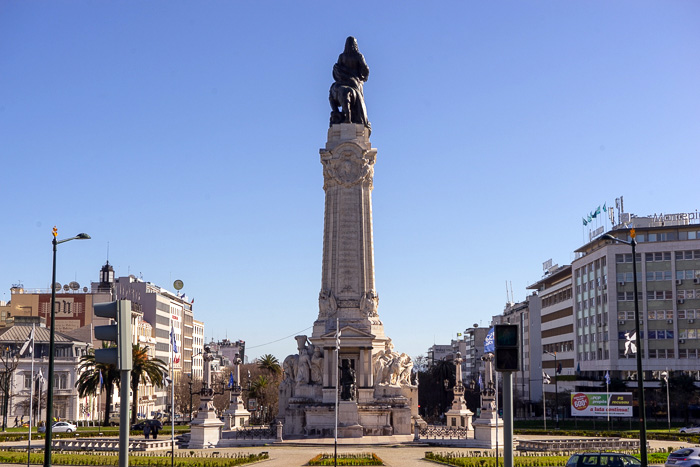 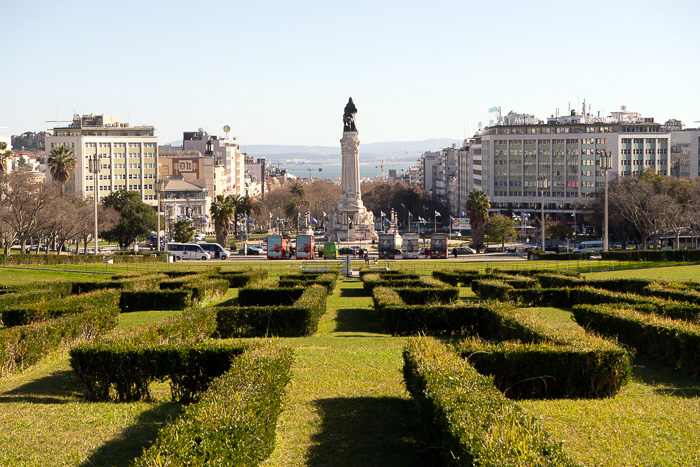 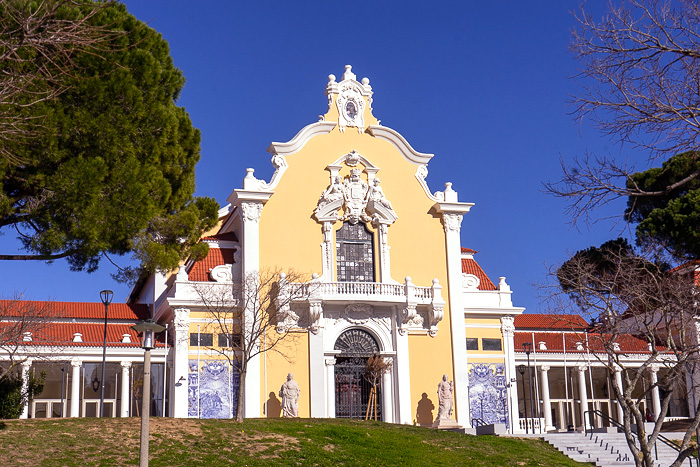 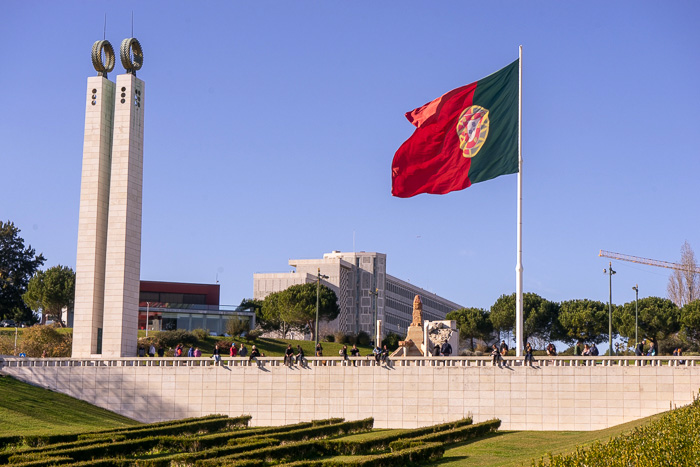 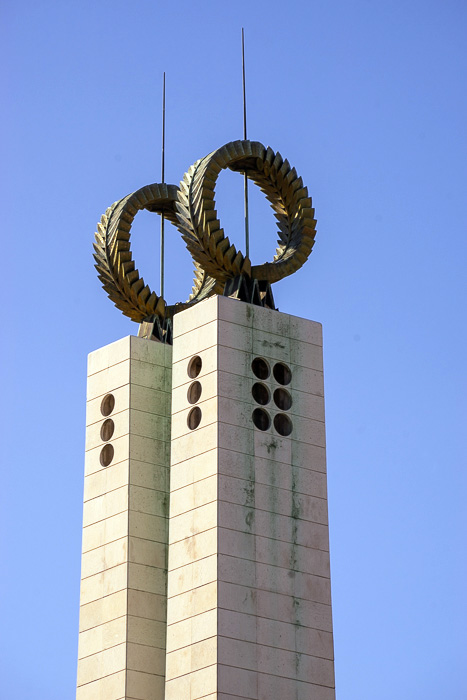 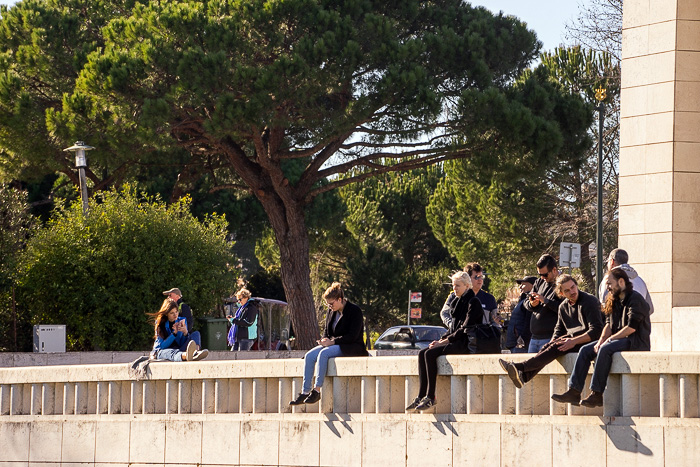 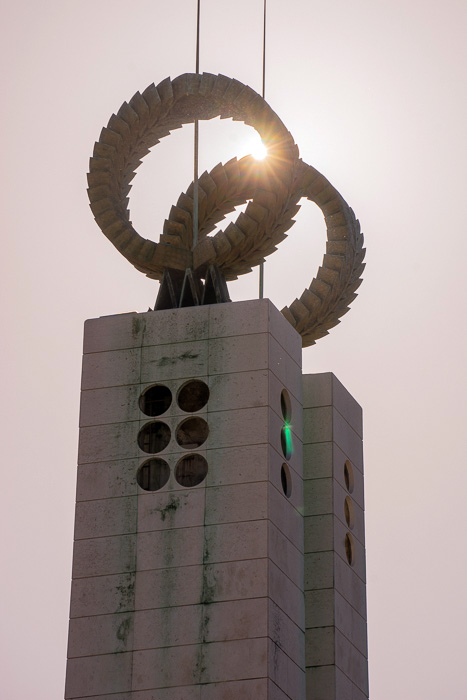 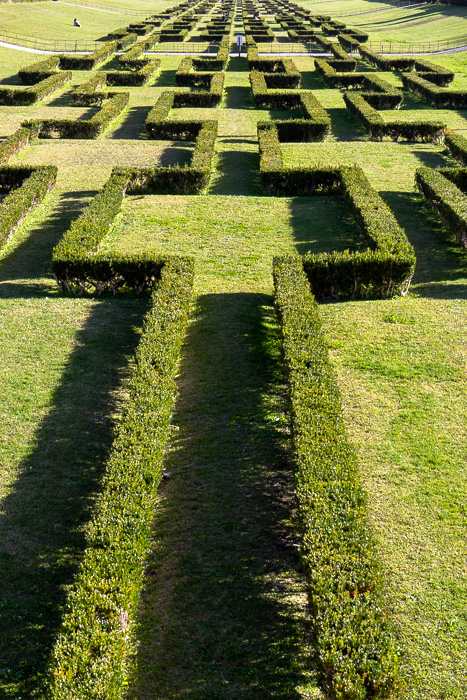 The Ascensor do Lavra and Jardim do Torel