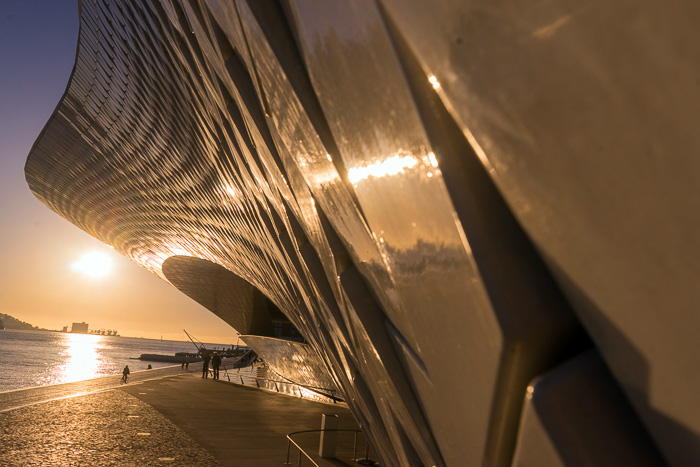 Ever since Lisbon's Museu de Arte, Arquitetura e Tecnologia (or MAAT) opened its doors in 2016, the museum's two adjacent buildings have been locked in an eternal struggle for ultimate coolness. In this corner, a former electricity plant, with much of its equipment still intact. And its opponent, a sleek, wave-shaped building of gleaming white panels. I'm not sure which is going to win!